« Back to All Posts 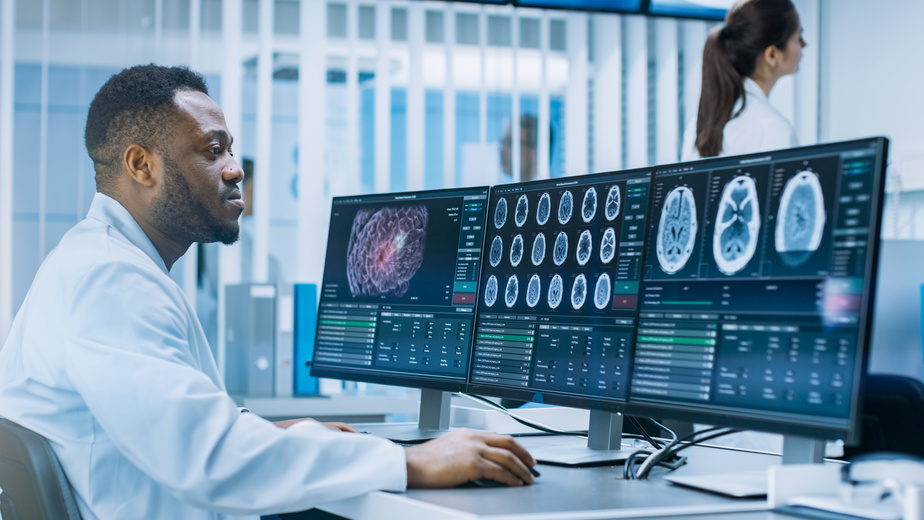 How Brains Change Through Mindfulness Practices

Neuroplasticity is the underlying function of the brain allowing it to change in response to experiences. Everything we think, do and pay attention to changes the structure and function of our brains.

Neuroplasticity has many mechanisms ranging from the growth of new connections to the creation of new neurons. When this is applied to meditation, the mental training of meditation is no different than other repeated experiences that increase particular information to flow through the nervous system. The use of synaptic connections is called synaptic potentiation, and when rarely used, they become weak, which is called depression.

Research on the brain and meditation at the Waisman Laboratory for Brain Imaging and Behavior at the University of Wisconsin-Madison found that long-term mindfulness practitioners altered the structure and function of their brains through neuroplasticity.

A number of neuroscientists studied the Default Mode Network using functional MRI (fMRI), a machine used for imaging to view the brain’s active region. Brewer scanned the brains of 12 experienced meditators and 13 non-meditators at resting state and during meditations.

Another study conducted by Lutz et al. applied painful heat stimulus to the forearm of 14 experienced meditators and 14 matched control group participants. Scans showed the experienced meditators had lower salience network activation prior to the application of the painful stimulus and lower self-reported unpleasantness after the cessation of the painful stimulus. That indicates long-term meditation experience is associated with changes in brain activity relevant to emotional reactivity.

Further studies using (fMRI), conducted by Dr. Gaëlle Desbordes, an instructor in radiology at HMS and a neuroscientist at MGH’s Martinos Center for Biomedical Imaging, found that brain activity changes remained following meditation. Before-and-after scans were taken of the subjects who underwent meditation lessons for an eight-week period. Scans were taken while subjects performed everyday tasks, during which time changes were detected in brain activation patterns in a part of the brain called the amygdala. This area of the brain is the center that triggers our flight-or-fight instincts.

Mindfulness meditation was also found to shrink the amygdala, which in turn saw a thickening of the pre-frontal cortex. This area of the brain is responsible for “higher order brain functions,” which includes awareness, concentration, and decision-making.

The studies conducted by Adrienne Taren, a researcher studying mindfulness at the University of Pittsburgh, found this resulted in a weakening between the “functional connectivity” between the pre-frontal cortex and amygdala while strengthening areas providing attention and concentration.

Even more interesting, these changes improved when more hours of meditation were practiced. This indicates the brain’s more primal instincts, such as fear, are overridden by more intelligent, thoughtful ones when mindfulness meditation is increased.

According to meta-analysis headed by Yi-Yuan Tang at the Texas Tech Neuroimaging Institute, neuroscientific research provides converging evidence that mindfulness meditation leads to brain changes that include attention control (the anterior cingulate cortex and the striatum), emotion regulation (multiple prefrontal regions, limbic regions, and the striatum), and self-awareness (the insula, medial prefrontal cortex, and posterior cingulate cortex and precuneus).

As well, although most studies cite an eight-week training period for mindfulness meditation, studies have shown even shorter sessions can be effective.

According to a study published in Consciousness and Cognition Journal, subjects who received four sessions of mindfulness meditation training showed that even short exposure to training enhanced the ability to sustain attention, improved mood, reduced fatigue and anxiety, and improved visuospatial processing, working memory and executive functioning.

Learn more about mindfulness meditation and how it can help your own personal climb to your highest potential with our free 30-minute consultation.

For other valuable articles on Mindfulness practices, visit our Ultimate Guide to Mindful Leadership.

Ready to climb to your highest potential?

Sign up for a free 30-minute consultation and see which Ascent Leadership program is right for you and your organization.

Related Posts:
« Back to All Posts